SUGA Makes An Unexpected Cameo In A Filipino Film

BTS are no strangers to making cameos in various TV shows and movies. The group has been referenced countless times in K-Dramas like Business Proposal, Our Blues, My Liberation Notes, Sh**ting Stars, Love All Play, and Money Heist: Korea – Joint Economic Area.

The group has also made other unexpected TV cameos, like in a CBS sitcom, a Disney show, and a famous Mexican television series.

Now BTS have once again proven their global impact by making an unexpected cameo in an independent Filipino film, Broken Blooms.

Broken Blooms depicts the story of “a relationship that bloomed during the pandemic.”

The incredible cast includes Jeric Gonzales, Therese Malvar, Royce Cabrera, Jaclyn Jose, and more. Because of both the phenomenal acting and storytelling, the cast and film have already won several awards at different international film festivals.

And BTS’s ARMY were surprised to see that Broken Blooms mentioned SUGA in one of the scenes included in the film’s trailer, which also featured several BTS posters.

SUGA is mentioned in "Broken Blooms" a Filipino movie trailer with a saying that: "You keep on (saying) SUGA, SUGA! There are more pictures of these Korean men than our own!"

The scene seems to reference how one of the characters, like many K-Pop fans, decorates their walls with posters of their favorite group and talks about them enough that their family can even know their bias’s name. 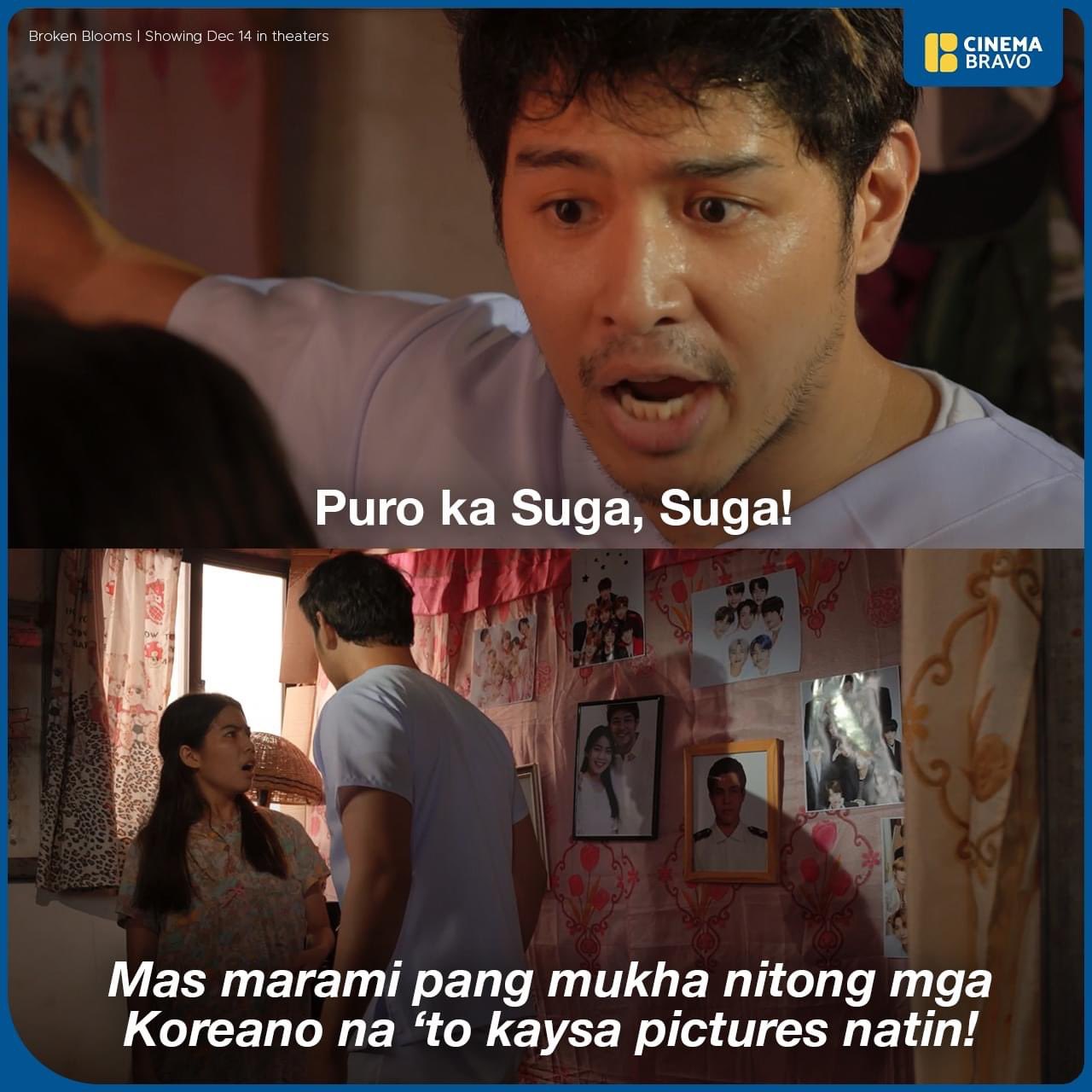 There is certainly no denying BTS’s global impact and ARMYs are now interested in this:

- Yoongi you will always be famous

- But i feel it didn't seem a good mention

- I watch many films that having BTS in

- BTS and SUGA is so popular

- I see myself in this character