MAMA 2022 has ended with important awards given to BTS. This year, BTS continues to reap great success at this important award in the support of ARMYs.

Because of BTS' schedule and plans, this year only j-hope attended and performed here. He is also the representative to speak and receive all the important awards of BTS and himself.

j-hope had a great time looking back on BTS's past year and promising many great things in the future with ARMYs. 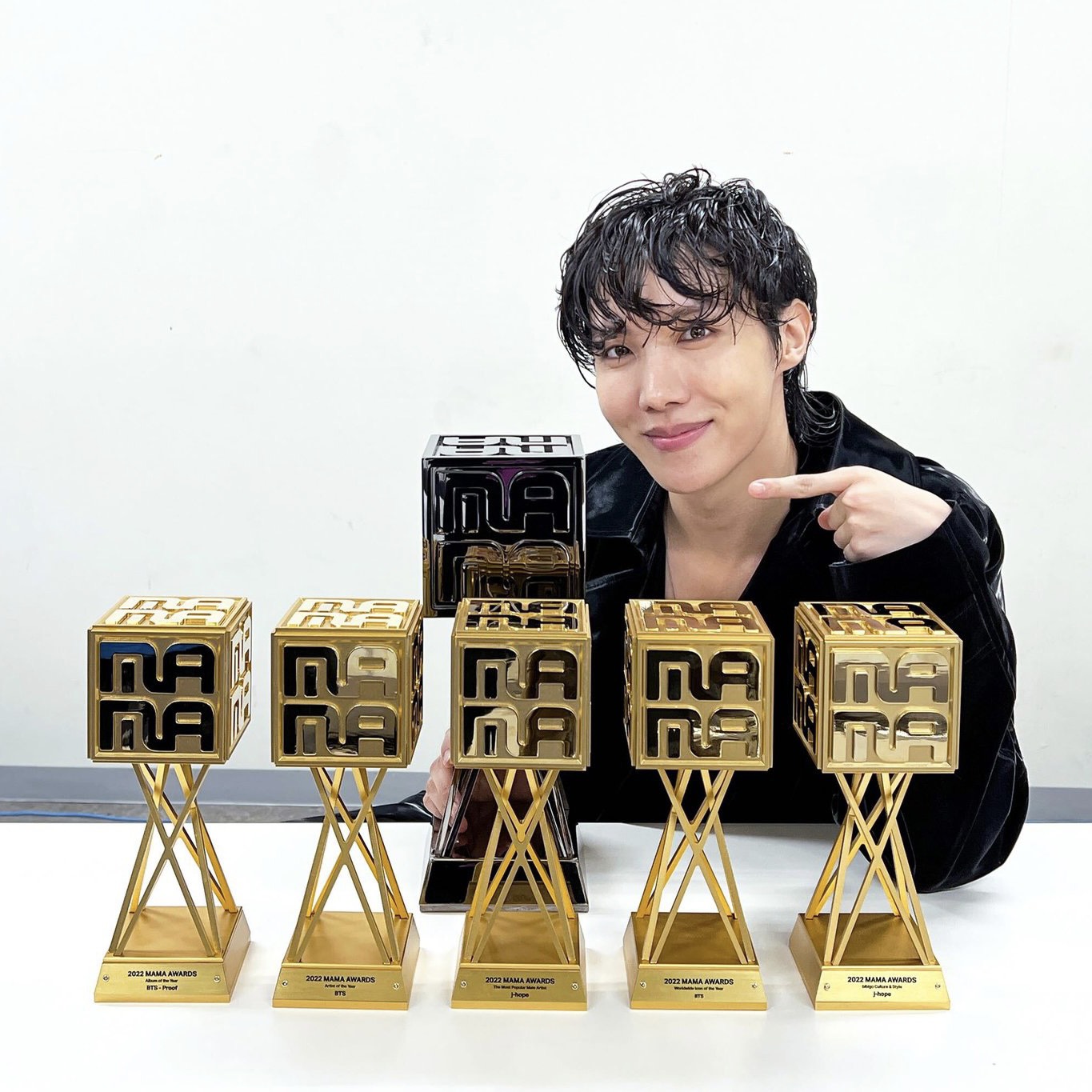 BTS also became the first to receive the 'MAMA PLATINUM', the highest honor newly set up this year at the ' 2022 MAMA Awards'. This award is given to BTS by the group that has won major awards consecutively for 3 consecutive years from 2019 to 2021.

In the description of the award, MAMA mentioned that: "The one and only artist who created a global cultural phenomenon beyond K-pop, marking a breakthrough in pop culture of the 21st century". Besides this award, BTS has written a new history as the only K-pop singer to win a grand prize at the Mama Awards 7 years in a row. since 2016.

Because BTS is in the process of promoting their personal album, all can not attend except j-hope. He shared a lot of things he wanted to say when representing the members when receiving the award. 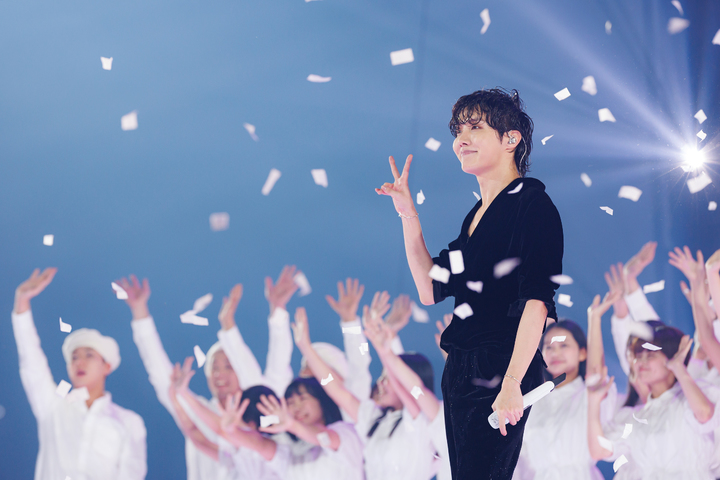 In particular, j-hope expressed his feelings when he acknowledged the difficult year that BTS went through. He didn't hesitate to mention that it was yet another year where the members worked together to overcome greater and greater difficulties.

"It would've been great if all 7 of us could've been here on stage to receive this award but it's a bummer that everyone couldn't be here due to circumstances" he said. Looking back on this year, j-hope said, "I wonder if 2022 will be a year where BTS has gone through hardships and challenges and continues to find a way to overcome them and go through a great deal of pain. In that context, you guys and us, together we sang a song saying that our best moment is yet to come while searching for the best in the situation.”

j-hope continued, "I don't think this year BTS can achieve so many great achievements. In that respect, I will accept Artist of The Year award humbly and with great gratitude."

He added, "Actually, all the members are now in the journey of looking back at themselves and trying to achieve something with what they have.
And as you know, my friend RM will be releasing his album soon too, so I ask you to show a lot of love and support on it (and all of them). BTS exists because of ARMYs. Thank you. I love you." 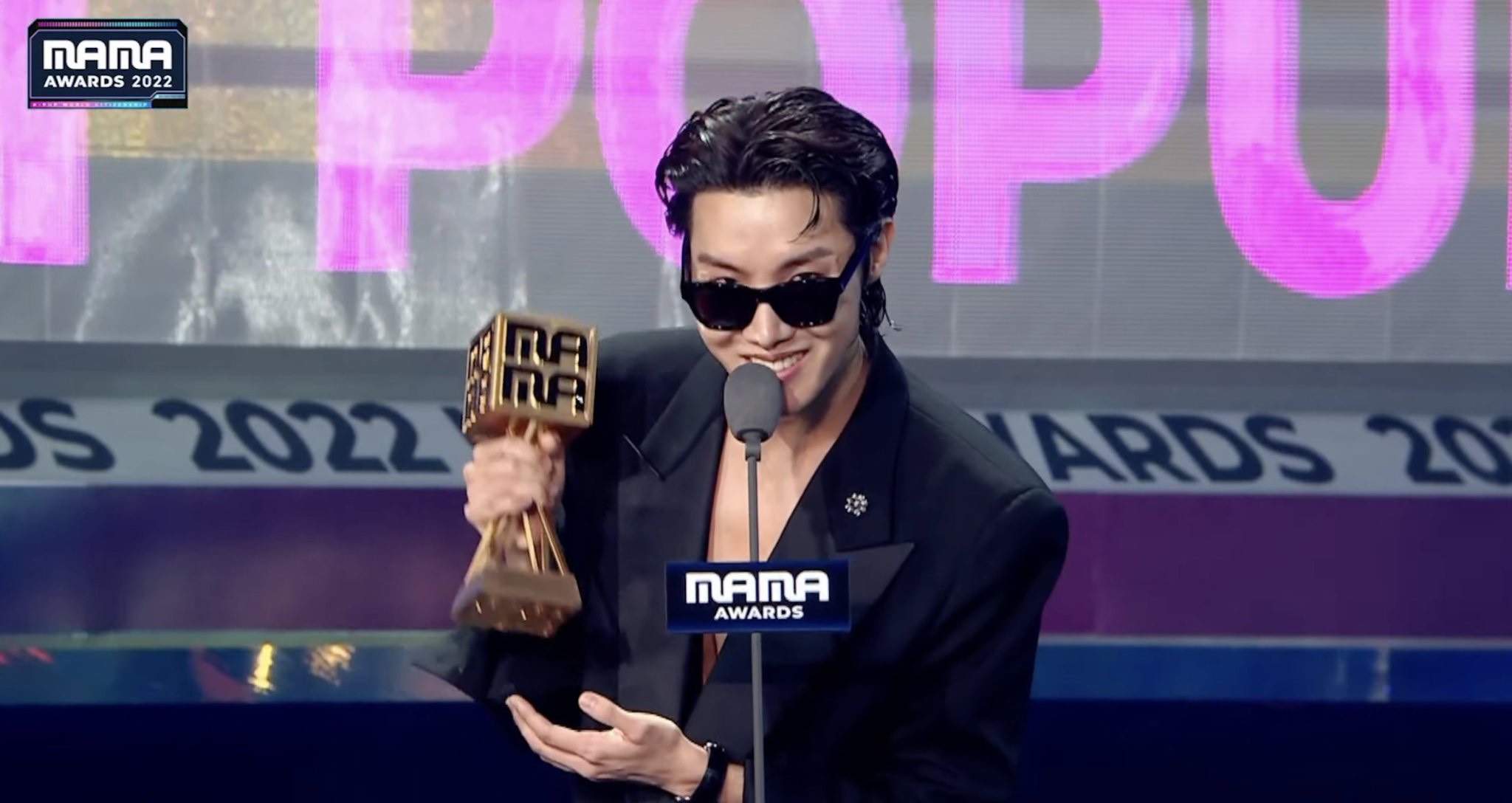 In another statement, j-hope also expressed his feelings when he attended this year's MAMA award ceremony alone, "I think we acted boldly with our judgment, thinking that we can bring you happy music and only bring you happiness when we are happy. Finally, it's time for you and us to be together by faith."

Not only that, with love for ARMYs, j-hope also promises that he will devote more and more, giving fans the best music. He said his last words to ARMYs: "I think I should mention it once more, but first, our ARMYs, thank you so so much and thank you so so much for being together with us for 10 years. I want to tell you I love you to the point where 100 times isn’t enough. and once again, to the staff to who work hard for BTS, and to the members of the label, I want to say thank you. It’s because of the staff we are able to stand here.

And to the members, families as well, I love you so much. I’ll wrap up the speech by saying that moving forwards, I promise to show you good music, and through music, give hope and energy. Thank you so so much, I love you!" 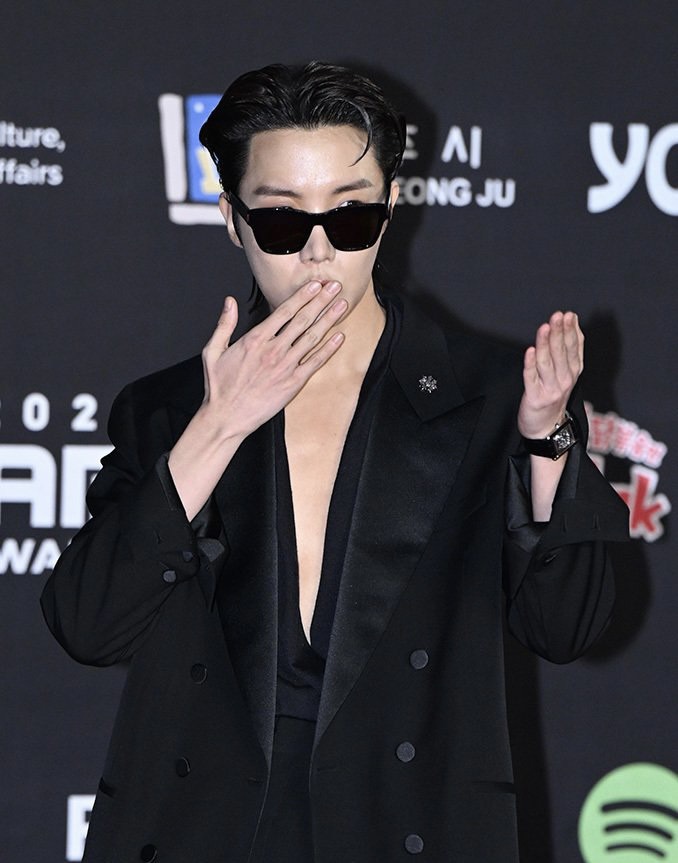 It can be seen that, despite being a successful year for BTS, to have these and happy moments with ARMYs, they have had to try and struggle a lot. Our BTS is really precious and no matter what, we promise to always support them!