Now, when it comes to Kpop idols interacting with US-UK idols, it seems that it is no longer strange. Fans also love these types of idol interactions, whether it's a collaboration or an interaction in the media.

In particular, there is the case of Selena Gomez and BTS. Both the female singer and the group have expressed their admiration for each other many times, and ARMYs have been extremely looking forward to a collaboration opportunity between them. But there is one BTS member who is most favored by Selena and is considered her bias that you probably don't know.

Whose name did you think of?

Selena Gomez is one of the popular female singers of the US-UK music industry with a lot of catchy hits. The combination of seductive style, femininity and personality makes Selena one of the ideal musical models of many other artists, including BTS.

BTS has repeatedly expressed their admiration for the female artist when interviewed before. In an interview in the US, the BTS boys did not hesitate to express their love for the female singer, conveying to Selena Gomez that they will always support her throughout the journey of developing her music career. RM and V are two big fans of Selena Gomez.

Meanwhile, in response to BTS's affection, Selena also repeatedly drew attention when declaring her admiration for BTS in interviews or even during livestreams. She repeatedly expressed her affection for the group's talents and was amazed at the group's performances.

For example, during a live broadcast on her Instagram account, while watching BTS perform at an awards ceremony, the female singer expressed her admiration and said that BTS are excellent singers and "I love BTS". But what's even more surprising is that she's not afraid to publicly confess her love for BTS and a member she especially loves in the group.

Most recently, in an interview, she couldn't help but praise BTS and look forward to collaborating with them. Most of all, she also revealed with an iconic phrase and revealed who her favorite BTS member is.

Specifically, when asked which artist she wanted to collaborate with, Selena did not hesitate to call out BTS's name. Along with that, she specially asked Jungkook to text her about the collaboration.

She said: "I want to sing with BTS. They are brilliant guys. Jungkook text me".

Apparently, Selena seems to have a special preference for Jungkook. For his part, Jungkook has also repeatedly revealed that she is his favorite female singer but it seems Taehyung is even more of a fan of hers. But Jungkook also has a cover of We Don't Talk Anymore by Selena which is very popular and attractive.

Meanwhile, Selena Gomez also revealed that the reason she likes Jungkook the most is because she finds him "the cutest". Additionally, Jungkook appeared in a doll version of Selena's "Boyfriend" music video alongside Jin. ARMYs used to love that video and hope one day Selena and Jungkook will have a real collaboration. 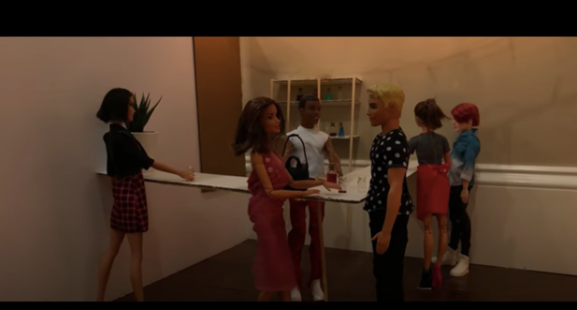