As all ARMYs know, Jin completed his graduation ceremony after 6 weeks of training at Yeoncheon Rookie Training Center. The image of Jin these days makes ARMYs extremely emotional as he seems to have undergone a drastic change.

Not only that, but one thing that surprised ARMYs more was that Jin's graduation ceremony today was also attended by his family. Jin's family as well as many other rookie families attended the important day of the enlisted boys.

Besides, Jin's brother also shared directly about this meeting after more than a month of separation:

Previously, Jin and fellow trainees enlisted in the army last December and began to perform military service in the army. They have undergone 5 weeks of basic military training and are now starting the process of being transferred to the official unit and serving for the rest of their enlistment.

After the training, Jin became Private Kim Seok Jin and received a certificate of merit from the unit. Besides, Jin is also retained by the Yeoncheon Training Center as a military teaching a̾s̾sistant. He will work as an instructor for recruits who enlist in the army later thanks to his good training record as well as excellently pa̾s̾sing the military camp tests. 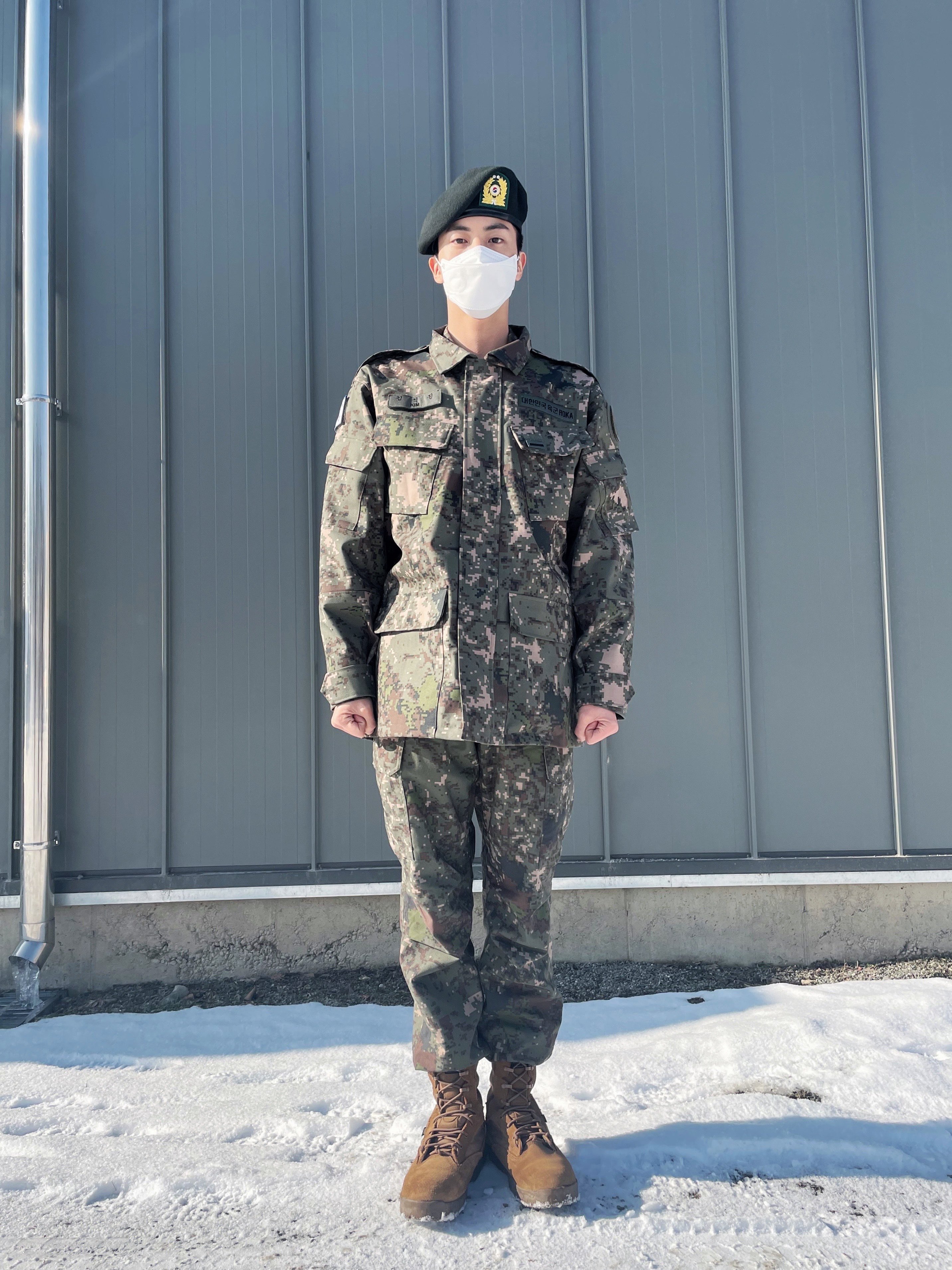 In today's ceremony along with the achievements that Jin has achieved, he was appointed as the main conductor of the 5th Division and performed the main rituals such as shouting slogans and reciting the oath strongly. strong, showing the spirit of a sol∂ιєr. During this whole process, Jin guided his cla̾s̾smates to successfully complete the graduation ceremony.

ARMYs, after witnessing these moments, were extremely moved by the "representative warrior" Kim Seok Jin. Through his steadfast eyes, clear and powerful voice, Jin has made a big change. Even his steps and gestures are completely different from before he entered the school. Everyone thinks that Jin has made great changes and that he deserves praise and honor in the army.

Witnessing this scene, not only ARMYs but Jin's brother also expressed his emotions after a long time meeting his brother. He said that the whole family traveled more than 100km in cold weather to meet Jin.

When he saw him in his military uniform as well as in the role of a conductor, Jin's brother was overjoyed and proud. He shared on Instagram that: "It's so far away but it's nice to see your face after so long". 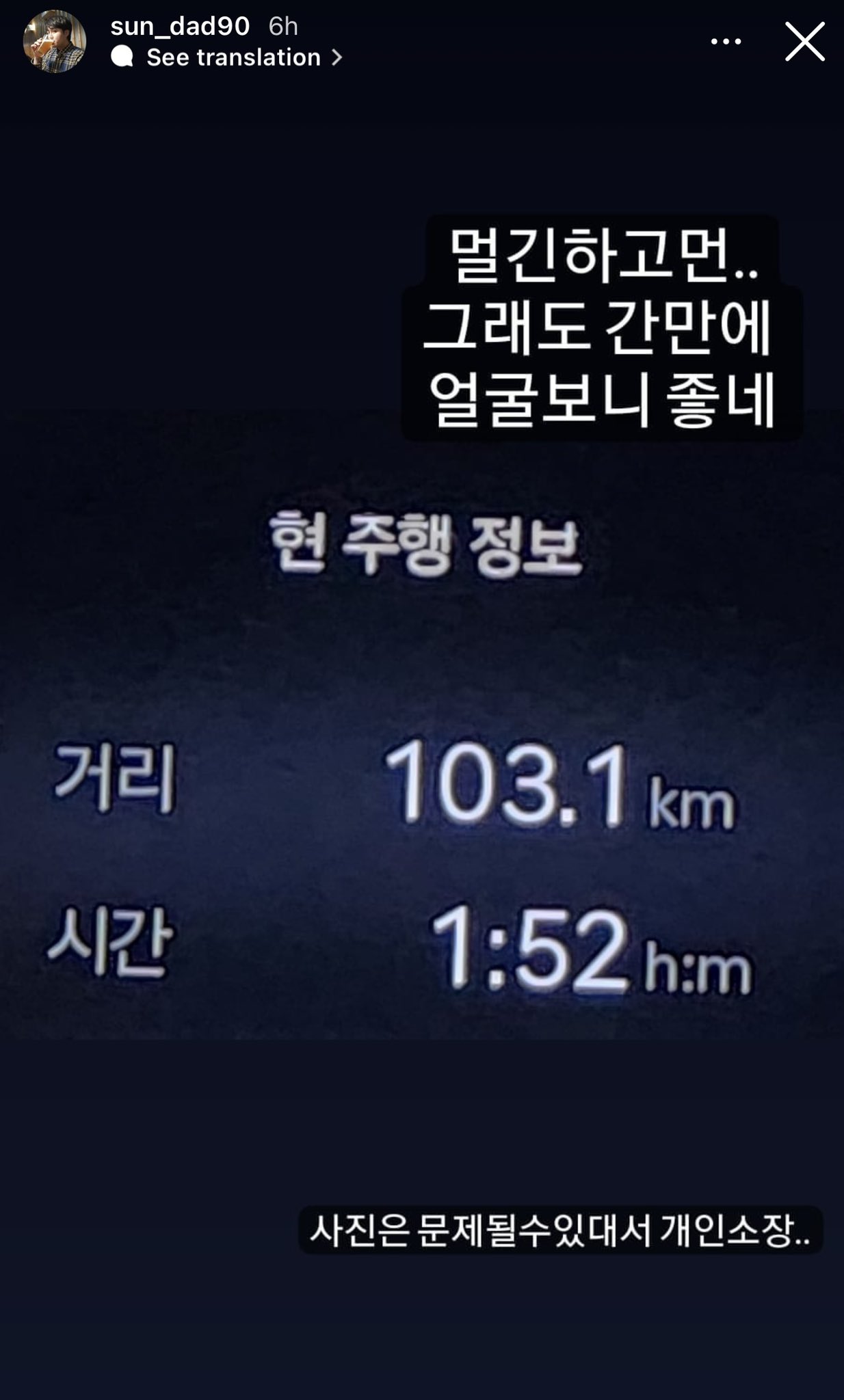 Not only that, in a video recording Jin being praised by his superior, behind that, Jin's father and brother also stood watching him shake hands with his superior. They are probably very proud of a child who has successfully completed the a̾s̾signed tasks and is devoting himself to the Fatherland. 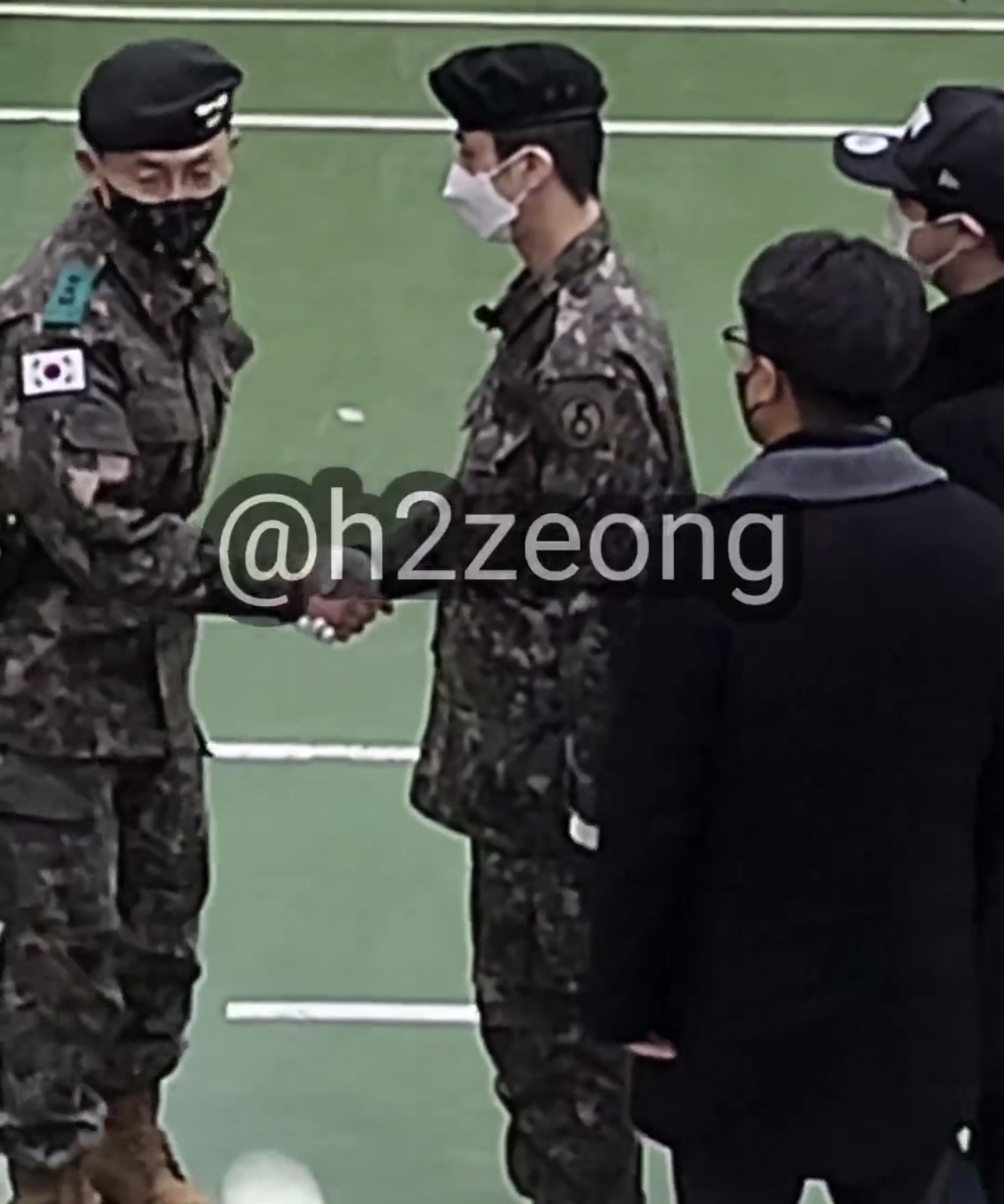 In particular, there was previously a video recording the scene where Jin quickly pa̾s̾sed the sol∂ιєrs after the graduation ceremony to find the location of his family. He, like the other rookies, was looking forward to seeing his family after a long time away from home. His figure quickly moving and running to his loved ones made ARMYs emotional.

Although it was only a few short hours of meeting, those times also comforted Jin who was very homesick. The presence and encouragement of his father and brother probably gave him more motivation to complete his duties well.

After seeing these images, many people felt sobbing because of that lovely moment:

- His family must be so proud of him!

- Oh are they really? It must be such a moment of pride and happiness for them. I hope SJ gets to spend some quality time with them.

- Such a happy and proud moment for Kim family. Superstar Jin's parents are so lucky to have him as their son, precious moon plus his elder brother too

- So glad to see all this stuff about Seokjinnie, makes you feel a bit more reassured

- He surely missed his family so much

- Jin will have 6 hours to stay with his family

- They are surely proud of him so much